Learning at Harvard and MIT in the Age of Artificial Intelligence

One of my favorite books is The Idea Factory: Learning to Think at MIT by Pepper White. It tells Pepper’s story as a student earning his Master’s in Mechanical Engineering at MIT in the 1980s, capturing his experiences as a student and as a researcher, including his constant feelings of inadequacy. Forty years later, as a Master’s student at Harvard conducting research in MIT’s Brain and Cognitive Science Department, these posts are my stories, inspired by Pepper and in tribute to those who came before. To highlight my favorite quote, “If I could see […] an insight, a new way of looking at [a problem] that would maybe, just maybe, find its way into future generations […] In the Eiffel tower of technology, I would be a rivet.”

Ila noticed my middle name in my email and asked me about it, noting that Schneider Schaeffer were both clearly Germanic. I told her that while Schaeffer is indeed a German name and while I have German ancestry, we acquired Schaeffer from my father’s father’s family who were Russian/Polish/Romanian with no known relationship to Germany. My mom loves genealogy and while she’s been able to find out much (for instance, our earliest ancestor on this continent, John Brown, arrived in Massachusetts in 1636), we still have no idea why Schaeffer was acquired. That family had nothing to do with shepherding, and they emigrated just after 1900, long before Germany spread across Europe.

However, her question did prompt me to see if I could find out. While I wasn’t able to, I did make a fun discovery. Dad’s maternal grandmother had the last name Lukens and was descended from John Lukens, the first surveyor general of Pennsylvania and friends with Ben Franklin. We looked at John’s ancestry and found that his grandfather and grandmother were Jan Lukens and Mary Tyson (anglicized from Maria Thiessen), who were part of the original 13 Dutch/German families invited by William Penn to colonize Pennsylvania in 1683. They and the other families founded Germantown, Philadelphia, the first German-speaking city in the US. Impressively, four of the other families (not ours) started the anti-slavery movement in the US. Quoting from Wikipedia:

"In 1688, five years after its founding, Germantown became the birthplace of the anti-slavery movement in America.[14] Pastorius, Gerret Hendericks, Derick Updegraeff and Abraham Opdengraef gathered at Thones Kunders's house and wrote a two-page condemnation of slavery and sent it to the governing bodies of their Quaker church, the Society of Friends. The petition was mainly based upon the Bible's Golden Rule, "Do unto others as you would have them do unto you." Though the Quaker establishment took no immediate action, the 1688 Germantown Quaker Petition Against Slavery was a clear and forceful argument against slavery and initiated the process of banning slavery in the Society of Friends (1776) and Pennsylvania (1780)."

Harvard sent out invitations for a virtual Chanukah celebration, and with it, a list of “headlining” guests. I wouldn’t have paid much attention, except the first name caught my eye: Alan Dershowitz. 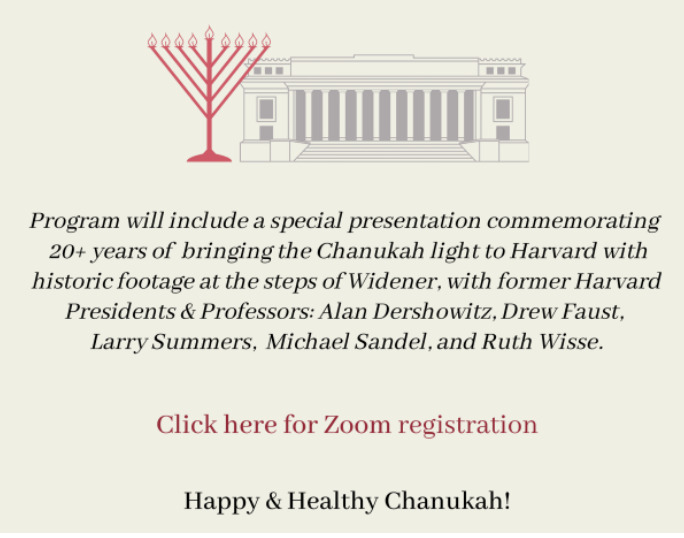 In case you aren’t familiar with this scumbag, Dershowitz is infamous for (a) defending OJ Simpson and (b) being best friends with notorious pedophile and underage sex trafficker Jeffrey Epstein. The third guest is Larry Summers, who infamously resigned from heading Harvard after saying women were bad at science. I don’t know anything about Ruth Wisse or Drew Faust, so I looked them up and discovered that Wisse is a neocon who has said feminism is destroying western civilization and that Palestinians seem to have no right to a state. Drew Faust married her PhD supervisor. I thought Michael Sandel was an angel, but seeing his name on this list makes me think he must be hiding some terrible secret (I’m joking, of course, but he was exceptionally excited during his lectures on cannibalism). How are these the best people Harvard could find?

I spent the entire day trying to understand Bellemare et al. 2019’s Distributional reinforcement learning with linear function approximation and Lyle et al. 2019’s A Comparative Analysis of Expected and Distributional Reinforcement Learning for my presentation to Cengiz’s lab on Wednesday. On days like these, I feel so stupid and that makes me feel depressed. I don’t know if I can make it in this field.

Devavrat started lecture with “I hope you didn’t feel time pressure on the quiz. And if you did, it’s only a quiz.” I feel like I’m being gaslit.